Waterfalls galore, glorious ancient forests circa Gondwana period, the hills, gorges and valleys of New South Wales are a repository of Australian flora and fauna. This is a road trip discovering the joys of forest exploration and the settlements and towns that call the New England highlands home.

Oxley Wild Rivers National Park is in an area known as New England Highlands. The park is characterised by New England Plateau dropping into the gorges carved out by the Aspley and Macleay Rivers. The park brochures describe, ‘the varied plant communities of Oxley Wild Rivers National Park provide a home for over 350 animal species, including the largest confirmed population of brush-tailed rock wallabies. Even though there are roughly 10,000 of this endangered species in the park, you’ll have to keep your eyes open to catch a glimpse of their bushy tail.” Remember to crane your head upwards to sight the soaring majesty of a wedge tailed eagle. The park also boasts over 173 bird species. The park has a number of walks for all fitness levels, over eight camping grounds with extensive facilities.

There are lots of great things waiting for you in Oxley Wild Rivers National Park. Here are some of the highlights.

Waterfall buffs are in for a treat. Another statistic to tick off the list. Wollomombi Falls are the highest in Australia. You have to check out a waterfall with the tag it’s the highest. A single fall of water from a plateau gives visitors the grand sight of plunging water into the depths of the river below. A plus is the easy walking track around the waterfall. From the main lookout platform, you look across to the Wollomombi and Chandler Waterfalls. The two rivers, the Oxley and Apsley are separated by a narrow wall of rock. The rivers combine to form a torrent of water. The lookout gives visitors to look downwards on the steep sided rock faces at the two waterfalls. With high rainfall waterfall fans are met with the drama of swollen waters surging, misting the valley with rainbow clouds crashing down the gorge. Particularly at the end of summer there is a much smaller trickle of water flowing over the edge yet the sheer rock faces and steep sided gorges are enough to image water in its full flow.

Walks suitable for families and those whose fitness levels are compromised.

Apsley Gorge Rim walking track  is a 1 km loop Gorge Rim Walking Track. At the Falls Lookout there is a 52 metre steel stairway which leads down to an observation deck where there are excellent views of the deep gorge and the falls which drop 309 m in two stages. To consider for families is Tia Falls walk offers the easiest and best views of beautiful Tia Falls and Tia Gorge. It’s a short and easy walk, so a good one for walking with children. Tia Falls walk starts from Tia Falls lookout and picnic area, a good place to enjoy a picnic before or after your walk.

Oxley Walk is a 90 minute walk that crosses the impressive Suspension Bridge and continues around the Apsley River to the north side of the gorge. It offers excellent views of the main falls and the lower falls from four lookout platforms.

For multiple day tramps, such as Green Gully Walk or extended half day tracks and trails check with Oxley Wild Rivers National Park for further details.

Spending the weekend in Armidale and wanting to explore outdoors. Grab a deli lunch, snacks, swimming gear and head out to Blue Hole picnic area. You will be able to catch a bit of history with a stroll on Threlfall walking track observing the historic hydroelectric scheme. Under designated shelters are BBQ facilities. There are designated picnic areas either at Blue Hole or Threlfall picnic area. Simply follow the well marked signs. The track is in the footsteps of nineteenth labourers who toiled cutting the 1894 embankments through granite. At the Gara Gorge lookout perched high above the Gara River, blackbutts, spotted gum trees give visitors a glimpse of the classic Australian landscape. The area is filled with native parrots whose antics will keep you entertained.

Located just off the main route through the area Apsley Falls picnic area is an ideal impromptu stop for weary travellers to get the kids out of the car. For local visitors combined with the nearby Apsley Falls track you have the makings of a great day outdoors.

Family friendly kids grade walk combined with the promise of a picnic is an option for school holiday excursions. Visitors can look for native orchids and flame trees in the section of the park that is characterized by dry rainforest. The soft whoop of a wonga pigeon heralds birds calling out you are walking nearby. Encourage younger visitors to tread softly to discover the sight of birds in their natural habitat. The walk emcompasses views of Macleay Gorge, ravines and valleys where trees march to the peaked forest tops. Nearby is Long Point campground and picnic area with facilities for BBQ and picnics.

For 4WD owners and adventure seekers wanting a remote campground this riverside wilderness is ideal. Fishing, kayaking and birdwatching are highlights of a day where visitors are totally off the grid.

No drinking water or supplies. Visitors must come fully prepared.

Camping in a National Park could become a habit with Oxley Wild Rivers National Park a good place to start your outdoor adventure. Rock wallabies or the lyrebirds scratch around paths in the dusk. In the early morning the river mists rise up creating fabulous photo moments or simply an opportunity to immerse yourself in the quiet of a natural setting.

TIP: For up to date information on camping and other park activities ensure you check National Parks, NSW online resources for current status of the park you wish to visit.

Website
Description:
Long Point campground and picnic area is a great base for birdwatching and walking to scenic views over Macleay Gorge, in New England.
Number of campsites:
4
Camping type:
Tent, Don’t mind a short walk to tent
Facilities:
Picnic tables, barbecue facilities, carpark, toilets
Price:
There are no camping fees at this campground but a $6 booking fee applies

Plants and animals you may see

The swamp wallaby, also known as the black wallaby or black pademelon, lives in the dense understory of rainforests, woodlands and dry sclerophyll forest along eastern Australia. This unique Australian macropod has a dark black-grey coat with a distinctive light-coloured cheek stripe.

The eastern water dragon is a subaquatic lizard found in healthy waterways along eastern NSW, from Nowra to halfway up the Cape York Peninsula. It’s believed to be one of the oldest of Australian reptiles, remaining virtually unchanged for over 20 million years.

The southern boobook, also known as the mopoke, is the smallest and most common native owl in Australia. With a musical ‘boo-book’ call that echoes through forests and woodlands, the southern boobook is a great one to look out for while bird watching.

Found throughout Australia, the tawny frogmouth is often mistaken for an owl due to its wide, powerful beak, large head and nocturnal hunting habits. The ‘oom oom oom’ call of this native bird can be heard echoing throughout a range of habitats including heath, woodlands and urban areas.

Peron’s tree frog is found right across NSW. These tree-climbing and ground-dwelling Australian animals can quickly change colour, ranging from pale green-grey by day, to a reddish brown with emerald green flecks at night. The male frog has a drill-like call, which has been described as a ‘maniacal cackle’ 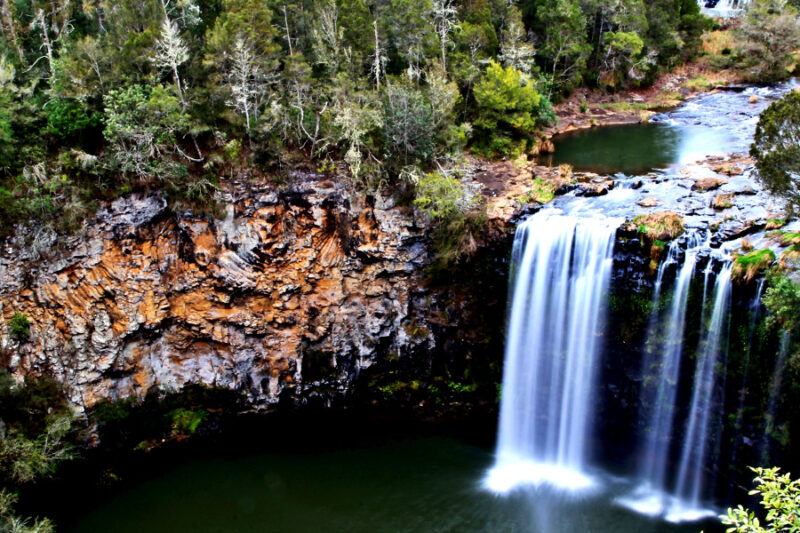 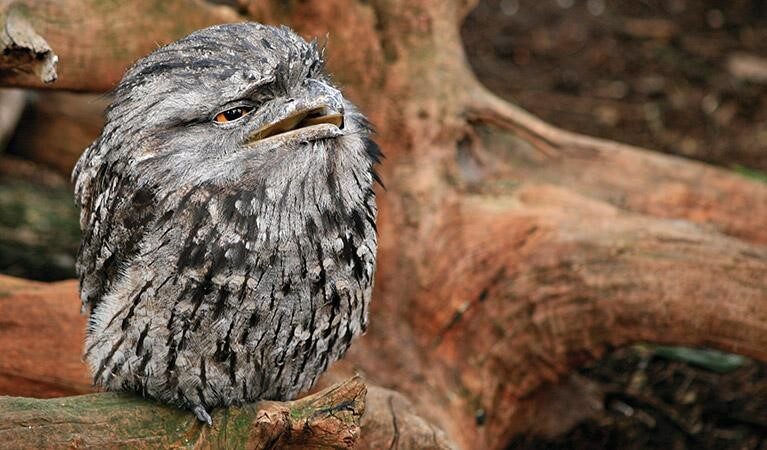 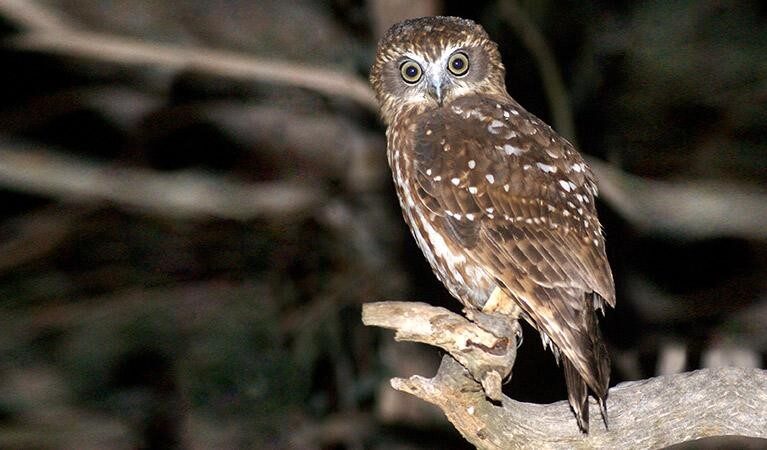 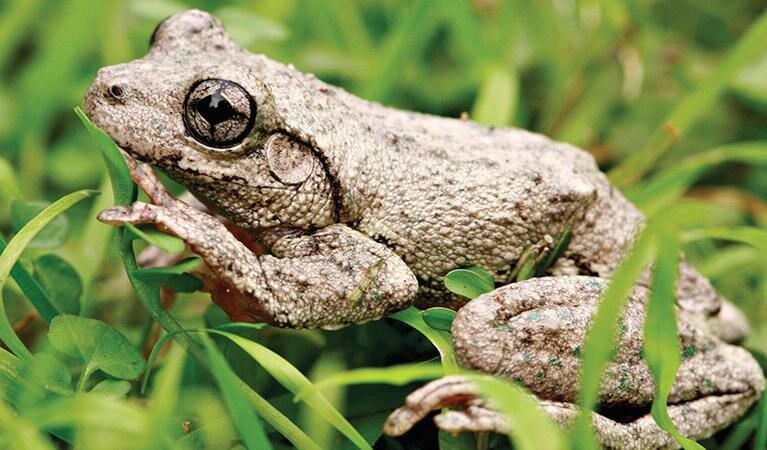 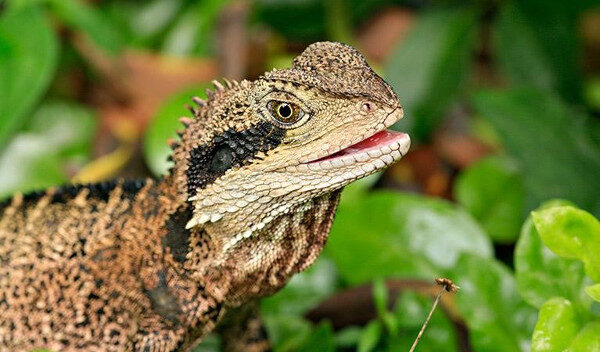 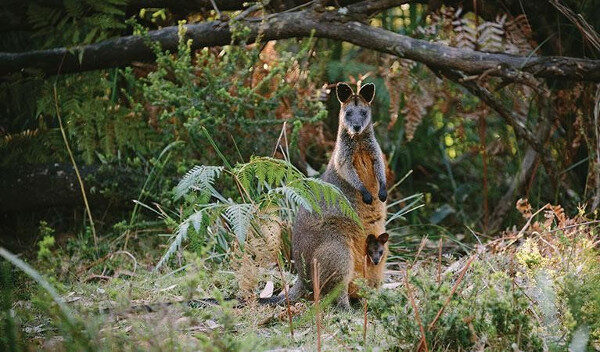 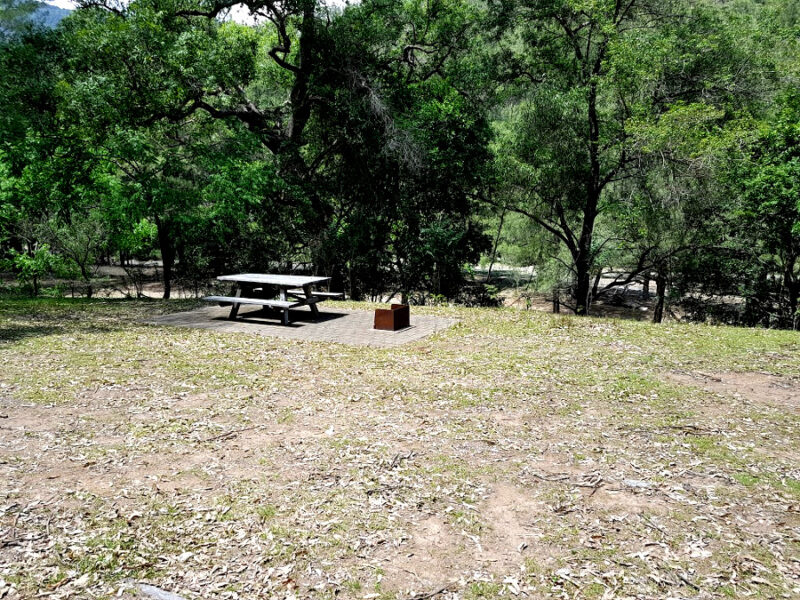 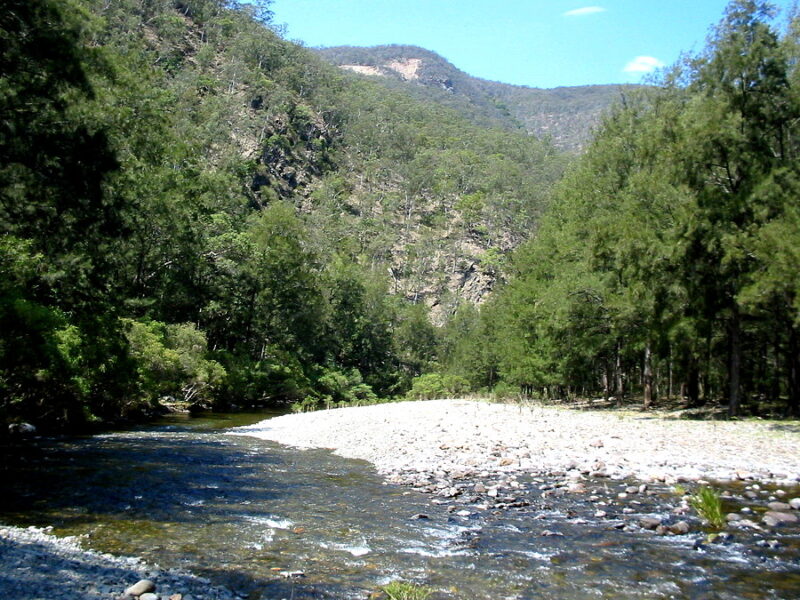 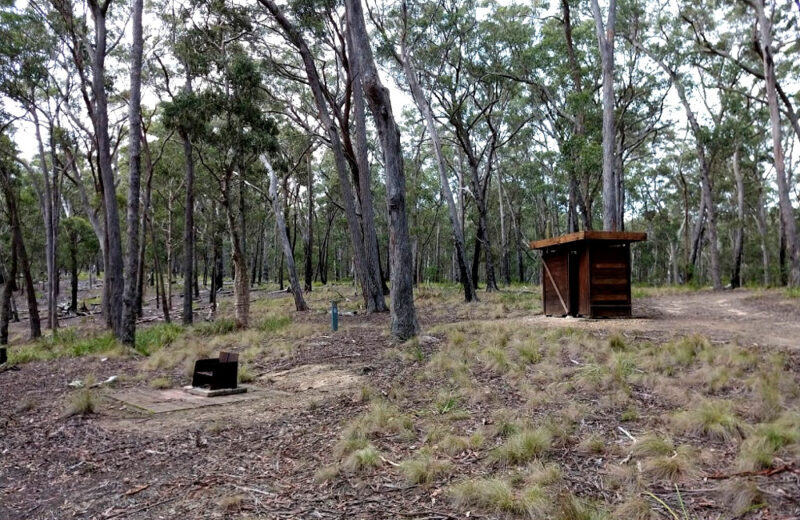 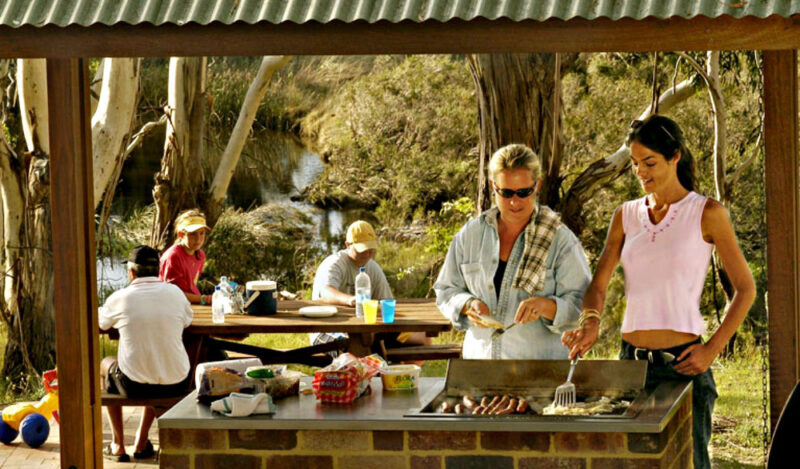 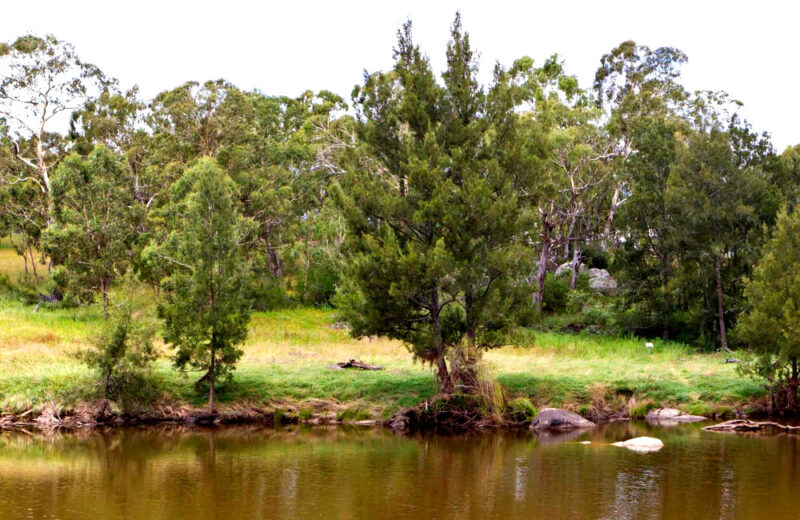 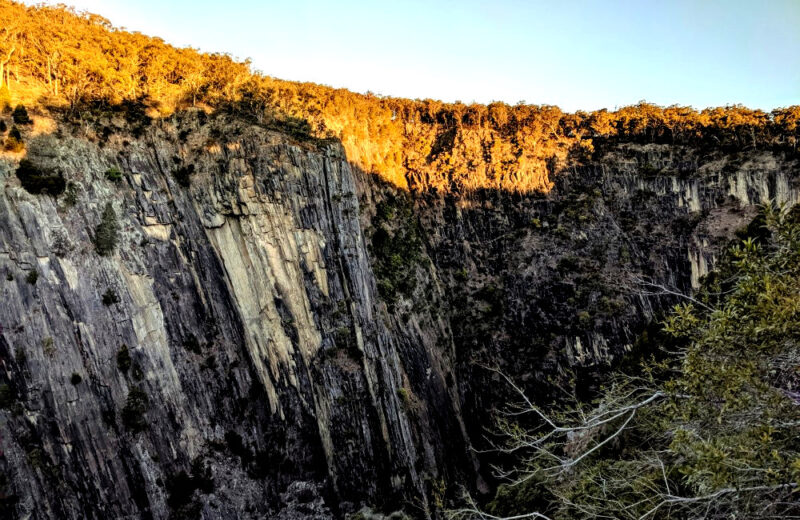 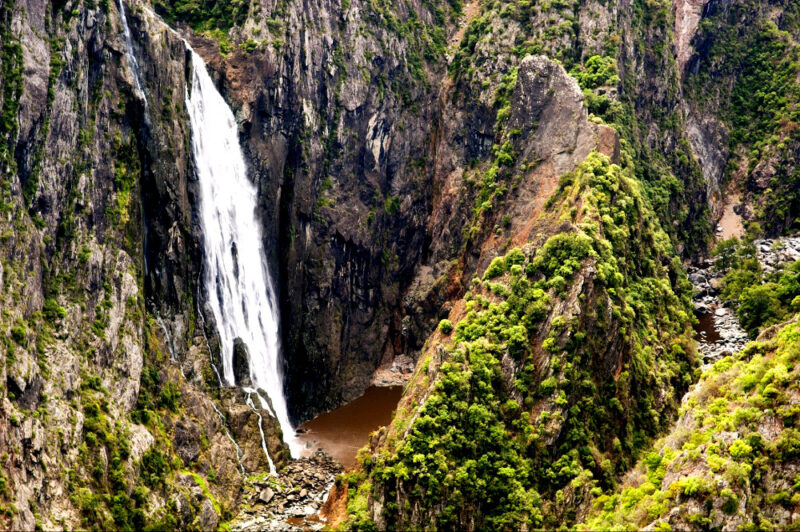