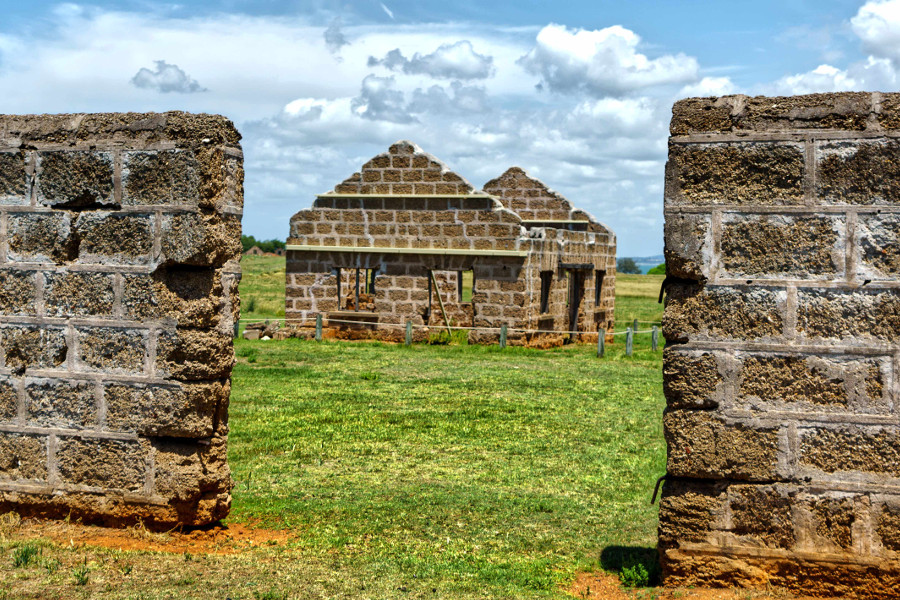 Seven heritage places to visit with family and kids in Brisbane

Cultural stuff with children made easy

Holidays with family and friends is an opportunity to find out more about your location. While Brisbane has museums packed with interactive activities it is worthwhile to explore actual places where the action happened. From quarantine stations where arrivals were detained to military forts with tunnels and passages there is plenty of choice. There are places to kayak among original wetlands, a chance to join a prison ghost tour and to think about how people have radically altered landscapes. Pack a picnic lunch, fill the water bottle, check weather conditions.

1
Fort Lytton getting into the spirit of military history

Watching a cannon being fired, complete with replica costumes and free entry is a fun trip for all age groups. Fort Lytton, (1881) built for the defence of Brisbane is now a historical monument. The fort is open on Sunday and public holidays. Check online for the next reenactment and cannon firing event to add a bang to the day.

Fort Lytton narrates the story of Australia’s military history through its extensive historic fortifications. In WW2 Fort Lytton was critical to the defence of the submarine base in the Brisbane River that was home to over 80 US submarines. The “defences included electronic detection of both surface vessels and submerged submarines, a boom net and gate across the river, ship boarding and inspection teams, supporting garrison artillery, a radar station, a signal station and a heavy anti-aircraft battery.”(source Fort Lytton online resource). Fort Lytton is a perfect place for all age groups fascinated by what blows up.

Two for one deal for the family. Check out events at the Roma Street Parklands and enjoy the ambiance of exceptional horticultural gardens, scenic lakeside BBQ and sweeping lawns. Does the family or visitors know that once the area was an industrial polluted railway yard. Visit Roma Street Parkland to savour current 16 hectares of gardens and lakes where the Turrbal Aboriginal Nation gathered to hunt and camp in the area. With European settlement the Roma Street railway station was constructed (1874) to connect Ipswich and Toowoomba.

Today your picnic spot, on the sloping hills of Roma Street Parkland was a railway yard. The Parkland explorer motorised garden people mover echoes the site’s industrial past. It is interesting to think about the changes to the landscape with the removal of 554,300 cubic metres of rock and soil building the railway yards. Roma Parklands was also the ocation for the Brisbane produce markets, air raid shelters during WWII and even an orphanage and tennis courts. In the 1990’s Brisbane Government converted the site into the stunning parklands.

3
Ipswich Railway History is just a train ride away

Railways opened up Australia providing access to areas where distance limited economic activity. Hop on a train to find out the story of the Australian train at the The Workshops Rail Museum. The living heritage collection is located in Australia’s oldest operating railway workshop. There are steam trains, the iron horses of the nineteenth / mid twentieth century puffing energy on wheels ready to take visitors for a ride. Over fifteen massive permanent exhibitions encourage visitors to push buttons and climb aboard carriages.

Visit the Powerhouse built 1901-1902. The building was a pioneer in the use of electricity on an industrial scale. For the kid in all of us the model railway exhibition will encourage enthusiasts as well as fans to finish converting the garage into a maze of model railway tracks.

Get to know a city with a passionate local. Walkabout Brisbane with a volunteer Brisbane Greeter. The Brisbane Greeters host free three hour tours in the city about any topic you can think about. Enthusiastic locals will introduce you to hidden corners of the city’s heritage and narrate stories of notable characters who have impacted on the city’s past. Ideas, where to go, how to get to places will be answered. Part of the Brisbane Greeters tour is the iconic Commissariat Store. The second oldest building in town was built by convict labour. Originally a government supply depot today it is a museum with interesting models of the Moreton Bay Penal Settlement, the location of present day Brisbane. Check with Brisbane Visitor Information for tour details.

Aboriginal history is represented by the Nurri Millen Totem Trail at Boondall Wetlands. The wetlands include 1150 hectares of tidal flats, mangroves, saltmarshes, melaleuca wetlands, grasslands and open forest. The trail is partly a wildlife observation, partly explaining how Aboriginals interpreted the landscape as well as providing commentary on the biodiversity of Queensland’s flora and fauna.

There is opportunity to kayak at high tide between the mangrove flats, to cycle the boardwalks and to picnic under the shade of native wetland forest canopy. For bird watchers a visit to Boondall Wetlands is a highlight. For the start of your visit pop into the Conservation Centre for informative displays and up to date information about activities. This is a great family outdoor experience within easy reach of Brisbane.

Nothing like visiting a former penal colony to invoke the ghosts of the past. St Helena Island National Park in Moreton Bay is the site of Queensland’s first high security prison. The prison was operational for sixty years, opening in 1967. For a tour of the prison ruins the day starts on a Cat o Nine Tails Cruise from Manly. There are ghost tours with the ruins as an evocative backdrop. For self-guided walking tours there are several short walking tracks to several historic sites at the southern end of the island. Check the walking map of the island in the travel pack information section.

Access to the prison ruins is by guided tour only. Cat o Nine Tails Cruises operates the purpose built 130 seat catamaran Cat O Nine Tails. They have been established since 1982 and specialise in a range of tours of the St Helena Island National Park.Departures are mostly from Manly because of a short journey time of 30 minutes and a more protected crossing is experienced than from any other departure point. For booking details contact Cat o Nine Tails Cruises.

Quarantine hotels, epidemics and disease is now part of our vocabulary. Brisbane’s historic Lytton Quarantine Station, established 1913 is a great place for families and kids to understand the fear of infection is not new. The quarantine station is located in a remote part of the Brisbane River. There are stories of isolation, of rigorous washing of equipment and people in caustic baths to avoid the transmission of infection. In 1919 the first death from the Flu Epidemic occurred at Lytton Station. There were separate quarters for ethnic groups deemed to be more infectious than others reflecting the prejudices of the day. In 1989 the site became a National Park. The park is open for self-guided tours as well as guided tours. The Lytton Quarantine Station is part of Fort Lytton National Park.

Aboriginal middens record that local people visited the island to hunt dugongs and flying-foxes and to gather shellfish.
The island did not receive the name “St Helena” until 1828. A story is told that an Aboriginal man known as Napoleon stole an axe on North Stradbroke Island. Like his namesake, Napoleon Bonaparte, he was exiled to another island, thereafter called St Helena. His exile lasted only as long as it took to build a canoe and paddle back.

In the 1860s, a short-lived dugong industry exported dugong oil to England for medicinal purposes. Also short-lived was the quarantine station, built in 1866 by prison labour from the prison hulk “Proserpine”. Few vessels were quarantined before authorities deemed the buildings would be better used to house prisoners from overcrowded jails and hulks.

St Helena Penal Establishment was proclaimed in May 1867 and was a high security prison for long-term inmates until the 1920s, when it was decided to wind down the prison. It then functioned as a prison farm until it closed in December 1932.

Early attempts by the Moreton Bay League to turn the island into a recreation destination were defeated by the depression years. In 1939 the Brisbane City Council handed ownership to the Lands Department, which allowed various graziers to lease the land.
In October 1979, the island was gazetted as a national park, to be conserved as an historic site. Today, the Queensland Parks and Wildlife Service works toward preserving the ruins and artefacts from further degradation and accurately presenting the park and its history to visitors.

View of the Butchery and Bakery areas at St Helena @merlin9911

St Helena Penal Establishment was considered a model prison of its time. The superintendent and warders managed a highly disciplined prison, where security was tight and successful escapes were few. Distance and isolation enforced basic self-sufficiency. While this came about through necessity, it also resulted in economic profit.

The early years saw prisoners clearing native vegetation, planting crops and constructing buildings. The island’s resources were used wherever possible – buildings were constructed from sandstone blocks quarried from the southern flats and bricks moulded from island clay mixes. A lime kiln was constructed to burn coral for cement.

As the prison became established, the range of industries was expanded. In the 1870s, trade workshops were erected and many products were sold to the mainland. Warders with trade skills trained prisoners to become saddle makers, tinsmiths, boot makers, tailors, blacksmiths and carpenters.

Warders’ accommodation varied in style and placement according to their position in the hierarchy. The superintendent occupied a large home with extensive gardens considered some of the best in Queensland. Further along, smaller cottages were home to the wives and children of some warders, while dormitories housed the remaining warders.

Despite the prison’s successes, problems emerged. Families were removed from the island in the 1890s, causing dissatisfied warders to live apart from them for up to six weeks at a time. The age of the buildings made them a fire hazard, while their 19 th century design did not accommodate new ideas for prisoner reform.

From the 1920s, St Helena became a prison farm. Long-term prisoners were transferred to Boggo Road Gaol while the remaining prisoners dismantled t 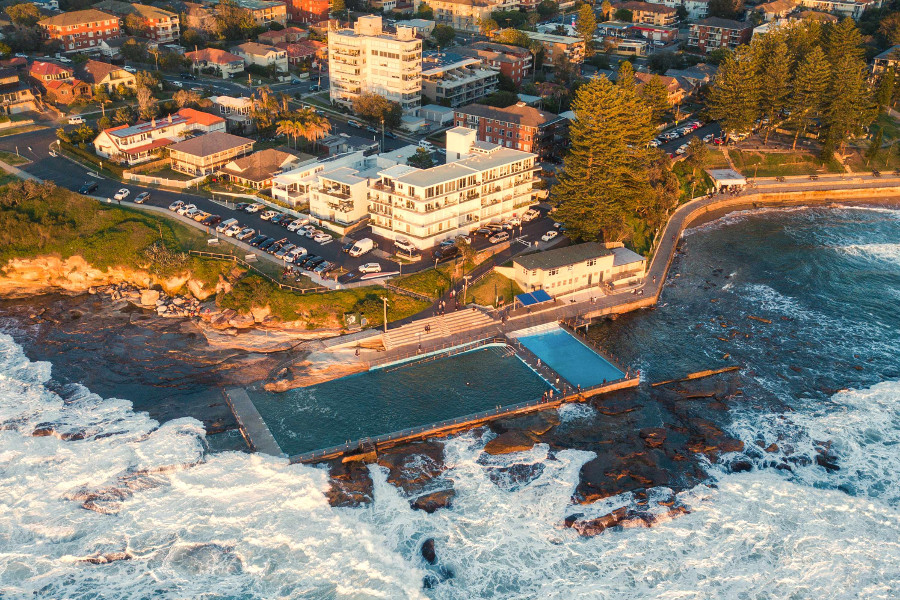 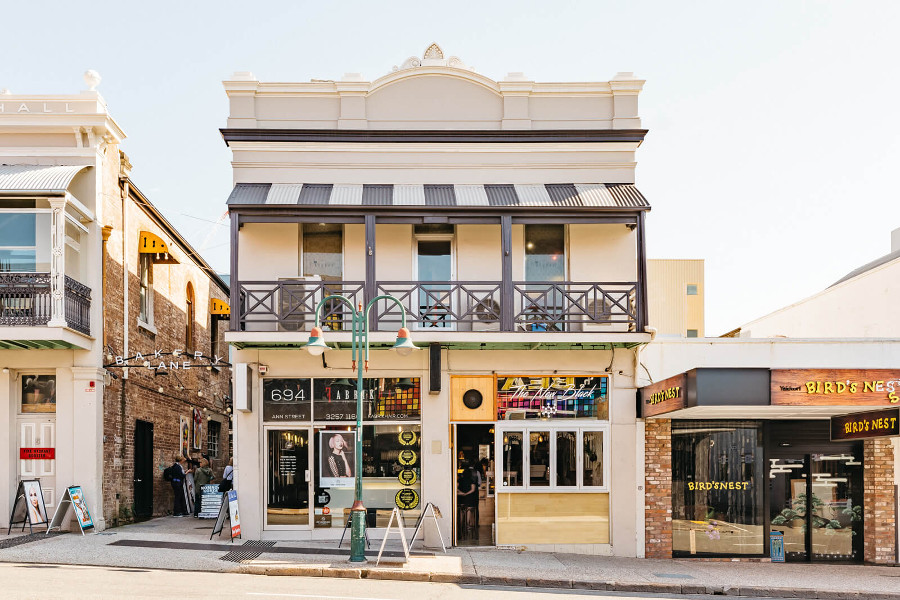